Moving From Los Angeles to Nashville | The Ultimate Guide | Pt 3 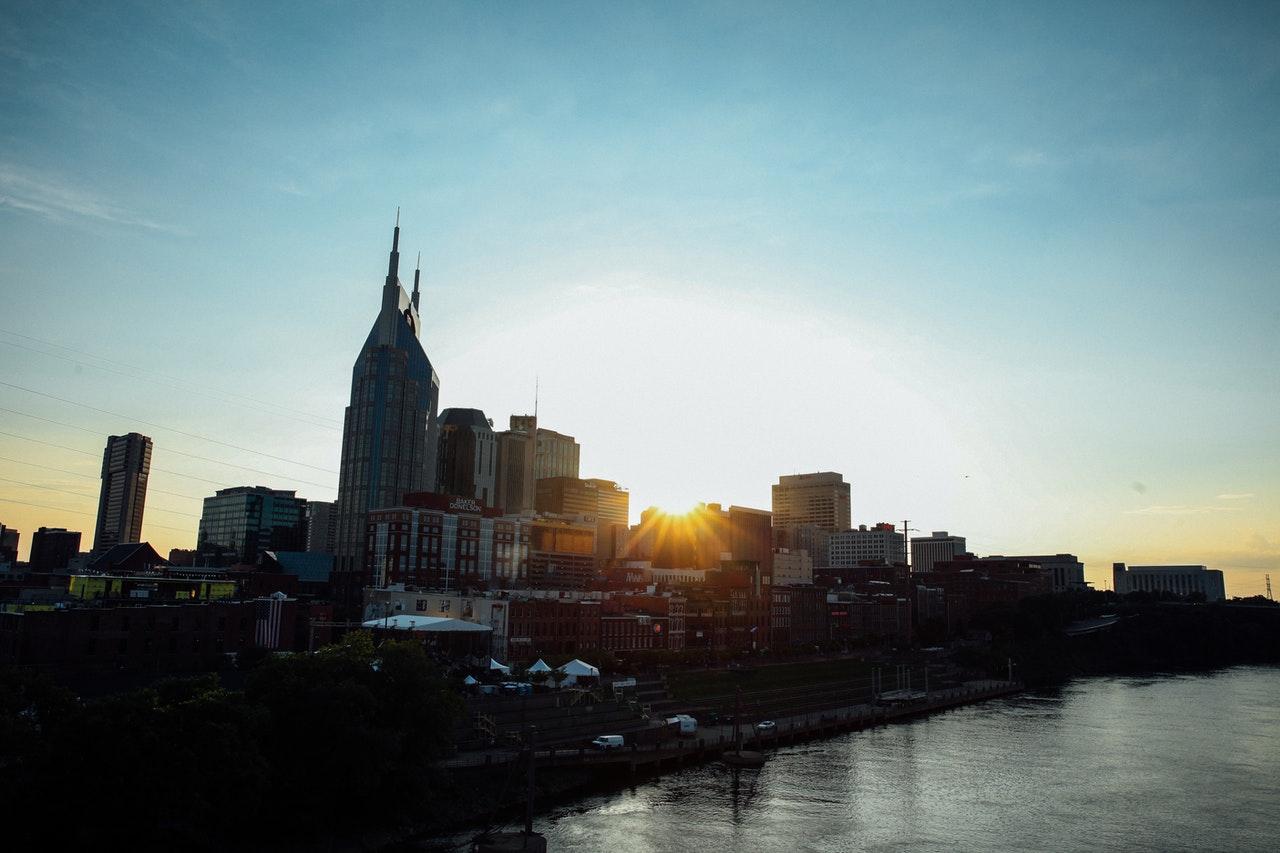 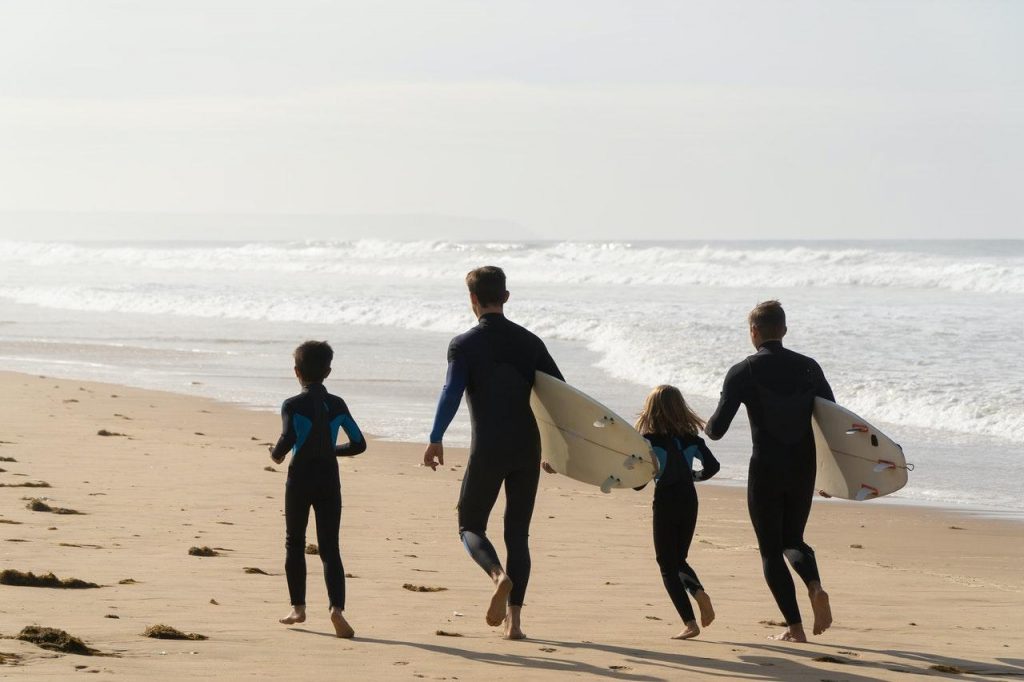 
If sand and salt water aren't really your speed, Los Angeles also has hundreds of miles of trails for hiking, biking, and horseback riding meandering through its many canyons. Runyon Canyon is a perennial favorite for locals and Griffith Park — home to many family-friendly hiking trails including the best trail for snapping a selfie near the city's iconic Hollywood sign — is one of the largest municipal parks in the country. Those wishing to get a little further outside of the city have several national forests and mountainous areas within an hour or two drive to choose from. Mount Baldy, the highest peak in Los Angeles, is only a 45-mile drive from the city. Popular camping and recreation spots like Lake Arrowhead and Big Bear Lake are also within a two-hour drive of Los Angeles. 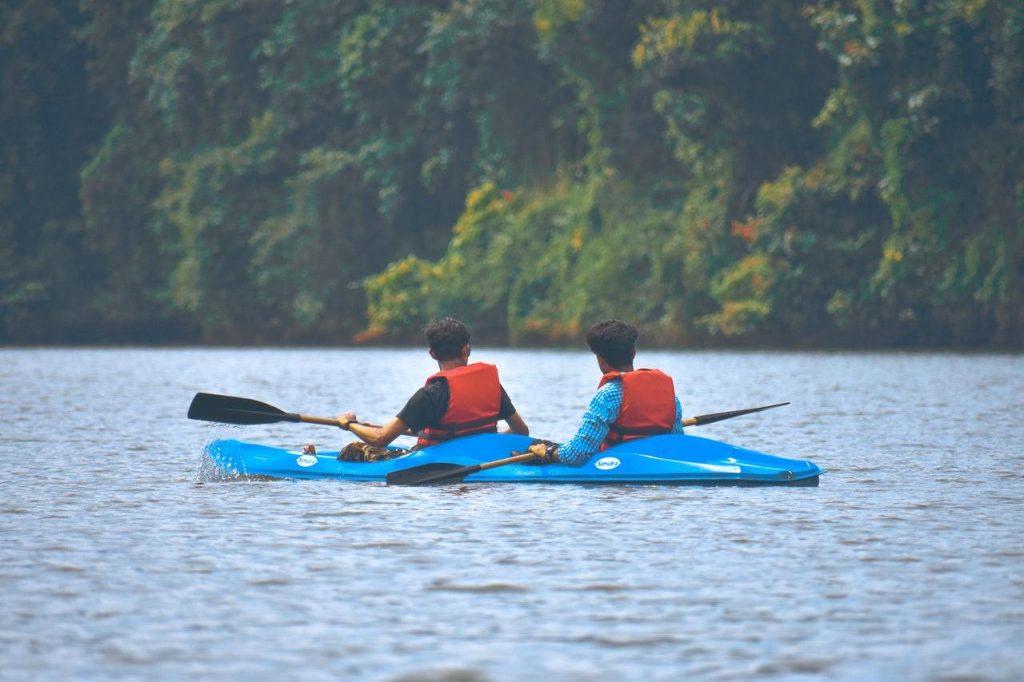 Photo by eMiL rAjAn from Pexels


Nashville may be landlocked, but it still has plenty to offer when it comes to Nashville real estate, outdoor spaces and recreation. In fact, Nashville's variety of outdoor activities is one of our favorite things about Music City! The prices of houses for sale in Nashville have increased since it is the Music City and its outdoor spaces and recreational activities. From miles of lush hiking trails to freshwater lakes and rivers, there are plenty of options to get outside around the greater Nashville area. Warner Parks, located just a few miles from downtown Nashville, offers more than 3,000 acres of open space with well-kept trails for hiking, biking, and horseback riding. There are also several athletic fields and a golf course all within easy access of central Nashville. Other popular outdoor recreation areas include:

The Cumberland River, which runs through downtown Nashville, and the nearby Harpeth River also offer many opportunities for kayaking, boating, floating, and fishing. Those looking to venture out for a day trip or weekend getaway can also find numerous places to hike, fish, camp, or swim among Tennessee's 56 state parks, 500-plus waterfalls, or of course the Great Smoky Mountains National Park. Some of the more popular hiking and outdoor recreation spots within a two-hour drive from Nashville include: 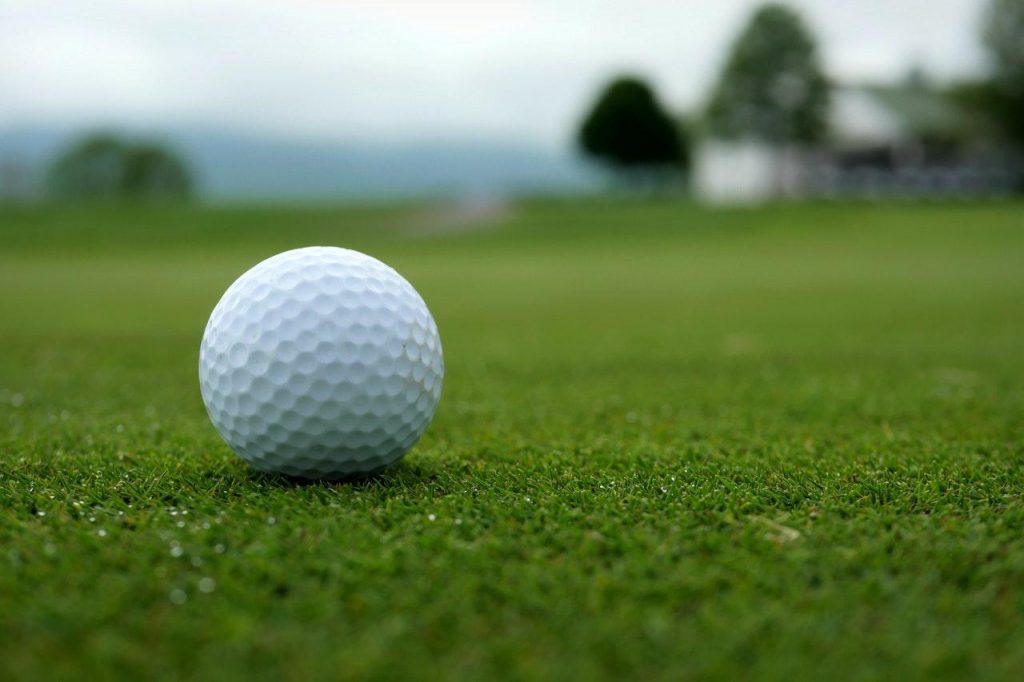 Photo by Jill Rose from Pexels


According to GolfLink, there are approximately 19 golf courses in Los Angeles, eight of which are municipal courses, and another 65 golf courses within 20 miles of Los Angeles, including eight public courses, 37 municipal courses, and 20 private courses. Los Angeles is home to several ultra-exclusive private golf clubs including the Riviera Country Club, which is known as one of the best and toughest courses in the US and home to the PGA Tour's Northern Trust Open every year. Most people prefer to play on the city's municipal courses, such as Balboa at Sepulveda Golf Complex, Rancho Park, and the two courses at Griffith Park, but those seeking a more resort-like experience also have easy access to more coastal locations like the Trump National Los Angeles, Monarch Beach Golf Links, Pelican Hill and the Links at Terranea.

When it comes to accommodations, Los Angeles is well-known for its world-class luxury. The Top 15 City Hotels in Greater Los Angeles in 2020 according to Travel+Leisure include: 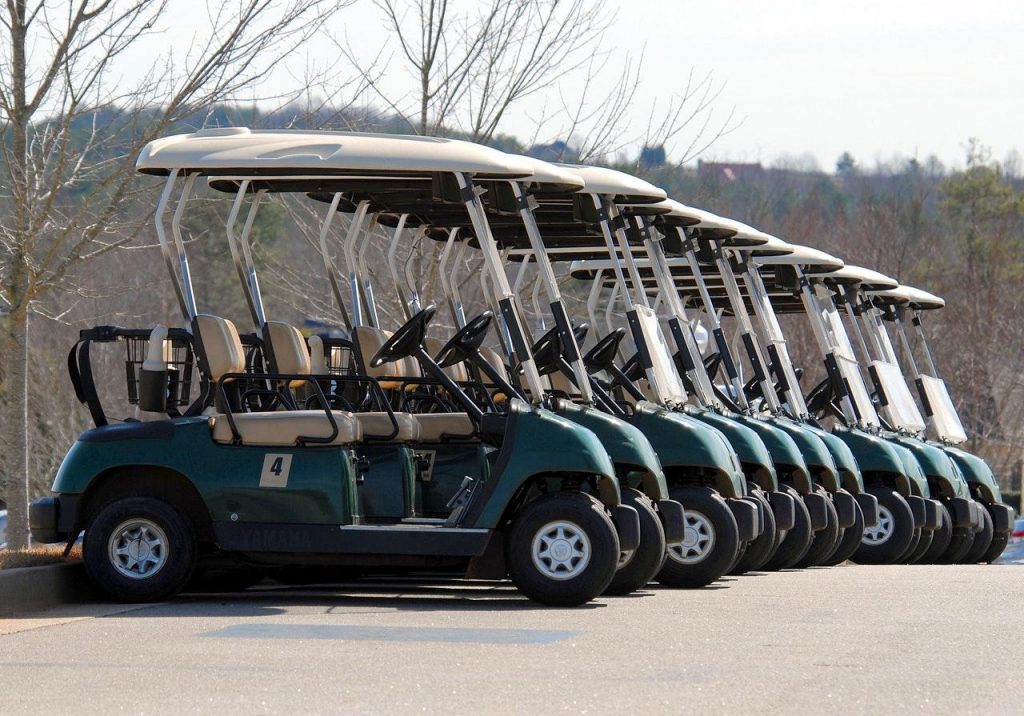 As Nashville has exploded in popularity as both a tourist and business destination in recent years, the number of hotels and luxury accommodations in Music City has also continued to increase by leaps and bounds. Nashville's real estate market for both residential and commercial has taken off. There are many people looking for houses for sale in Nashville. World-class brands attracted to Nashville's growth, diversity Nashville real estate businesses and local charm are setting up shop in and around downtown Nashville in increasing numbers, including the ultra-exclusive Four Seasons, which recently brought its Four Seasons Private Residences to downtown Nashville. Some of the best luxury accommodations in Nashville right now according to CultureTrip include: 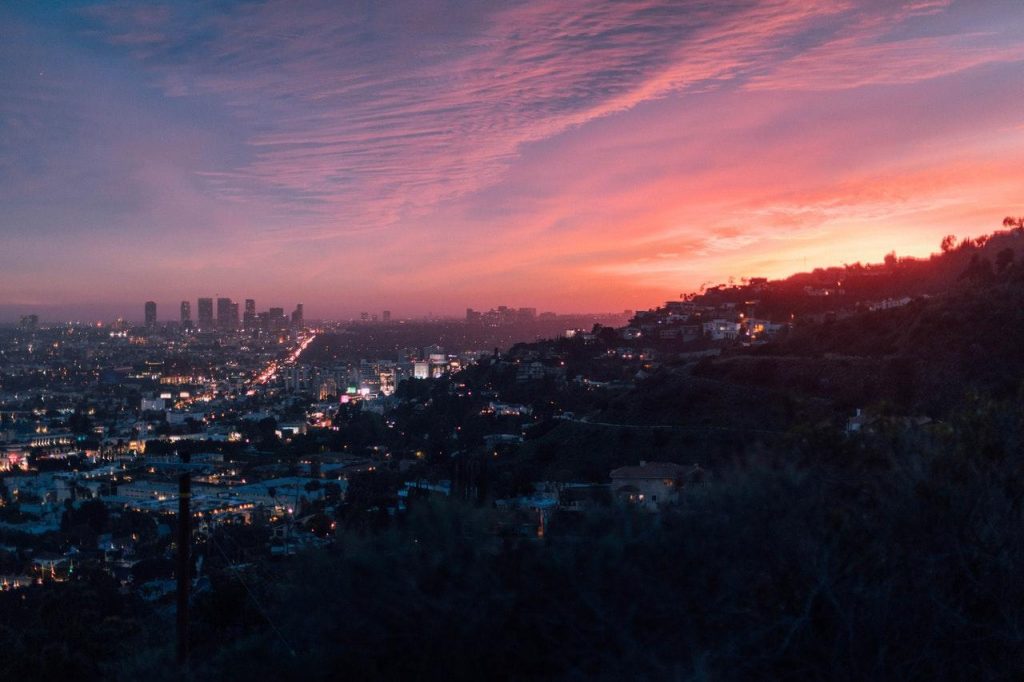 Photo by Roberto Nickson from Pexels


Los Angeles has one of the largest and most diverse dining scenes in the world, offering just about every type of cuisine one can imagine and attracting some of the best chefs and restaurateurs from around the globe. Whether it's street tacos or a multi-course fine dining menu, there is something for everyone when it comes to dining out in Los Angeles. According to Conde Nast Traveler, these are some of the best restaurants in Los Angeles right now:

When it comes to entertainment, Los Angeles draws the best of the best. Although it is best known as the epicenter of the film and TV industry, Los Angeles also boasts some of the world's most iconic comedy clubs, concert venues, and rock clubs. The Comedy Store, Groundlings Theatre, and Laugh Factory have seen the likes of Jim Carrey, Dave Chappelle, Dane Cook, Will Ferrell, David Letterman, Jay Leno, Eddie Murphy, Richard Pryor, Adam Sandler, Kristen Wiig, Robin Williams, and more perform on their hallowed stages. Some of the most revered and storied music venues in the world are also in Los Angeles, including The Forum, Greek Theatre, Hollywood Bowl, The Mint, The Roxy, Shrine Auditorium, Troubadour, The Viper Room, Walt Disney Concert Hall, and The Wiltern, to name a few. 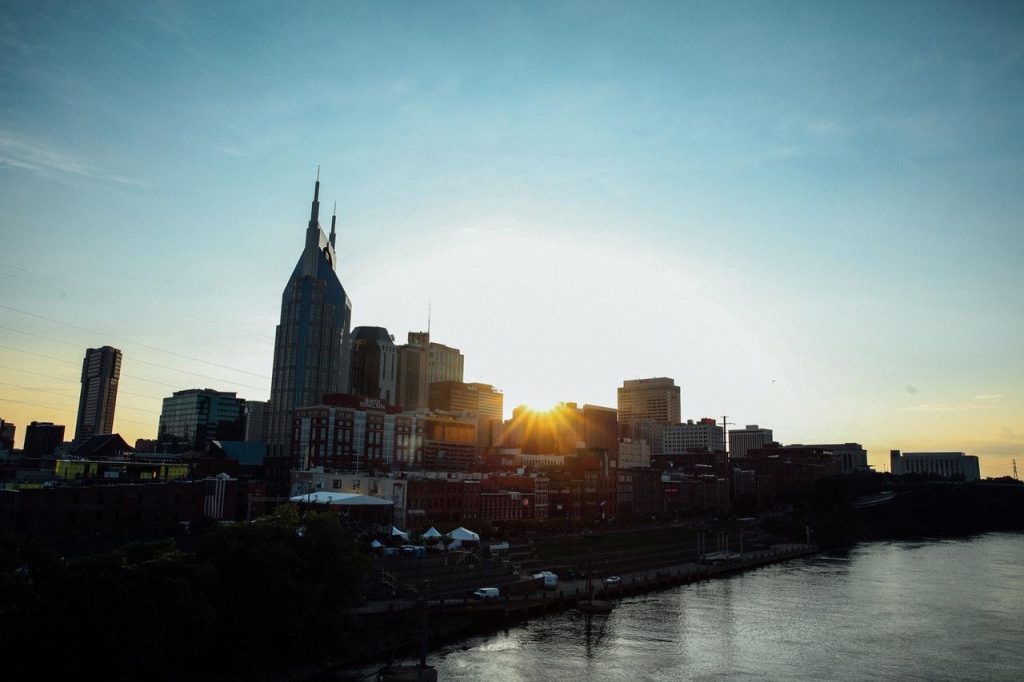 Photo by Kelly Lacy from Pexels

Known as the original home of "Hot Chicken," Nashville prides itself on serving up traditional Southern fare as well as world-class international cuisine. Several renowned and celebrity chefs have opened restaurants in Nashville over the last several years, citing the city's booming tourist economy and affordable Nashville real estate real estate among many reasons Music City appeals to restaurateurs. Sean Brock, Richard Blais, Maneet Chauhan, Guy Fieri, Dale Levitski, Donald Link, and Jonathan Waxman (Adele's) all have well-loved culinary "homes" in Nashville, but the city's historic "meat-and-three's" offer plenty of competition when it comes to popular eating spots around town. Here are some of the top restaurants in Nashville right now according to Conde Nast Traveler:


When it comes to live entertainment — and particularly live music — Nashville lives up to its reputation as "Music City." Although it is also known as the "Country Music Capital of the World," Nashville is home to some of the world's best musicians, songwriters, artists, and producers of many genres. You can hear live music just about anywhere in the city (and usually for free!), from buskers outside of a fast-food restaurant to international virtuosos at the Schermerhorn Symphony Center. Nashville's two most historic venues — the Ryman Auditorium and the Grand Ole Opry — have welcomed numerous iconic and up-and-coming performers to their stages over the years, including Johnny Cash, Patsy Cline, Aretha Franklin, Loretta Lynn, Dolly Parton, Elvis Presley, Hank Williams and many more. The Ryman Auditorium is also credited with being the birthplace of Bluegrass music, having been the stage where Earl Scruggs and Bill Monroe performed together for the first time in December 1945. Nashville's historic honkytonk district is also a reliable resource for live music any day of the week, whether you're looking for country classics or modern rock. Outside of the downtown honky-tonks, some of the city's most popular live music venues include 3rd & Lindsley Bar & Grill, Ascend Amphitheater, The Basement East, The Bluebird Café, Cannery Ballroom, Exit/In, and The Station Inn, among many others. 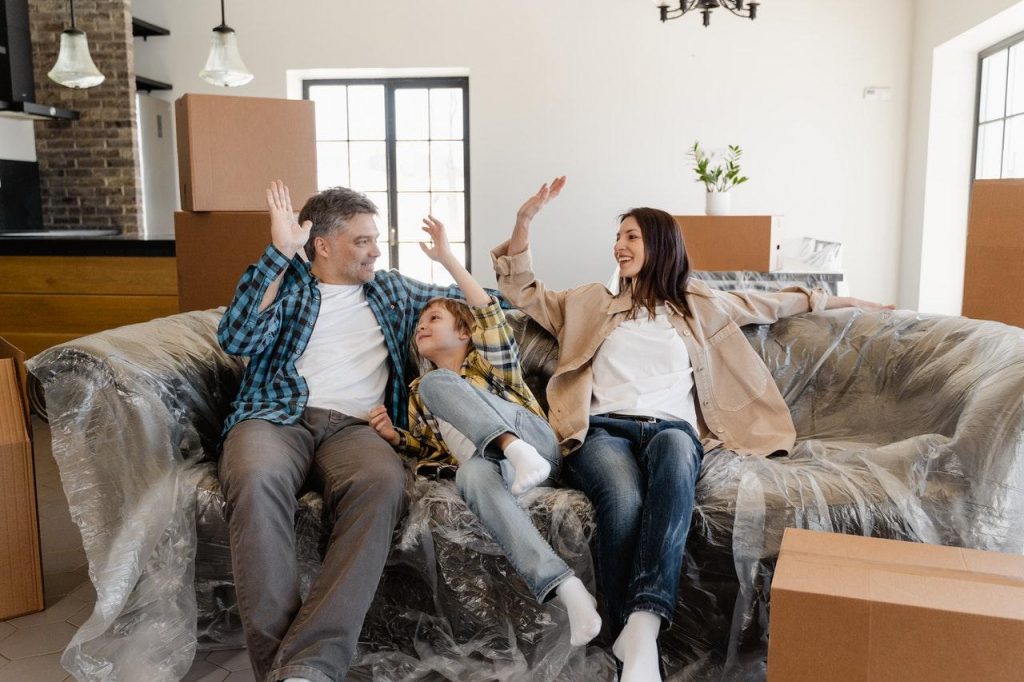 Photo by MART PRODUCTION from Pexels

As you can see, both Los Angeles and Nashville have a lot to offer when it comes to lifestyle and entertainment. Deciding whether or not you should move from Los Angeles to Nashville may come down to a combination of factors, from cost of living and educational opportunities to where you want to live, play and work. Nashville is one of the top cities people are moving to, helping to keep the Nashville real estate market moving forward.

You can find suitable deals on houses for sale in Nashville. If you're looking for your next home in Nashville, check out our current listings and contact us today so we can find the right place for you in Music City!
← Go Back Share this article