The Brewery Scene in Nashville 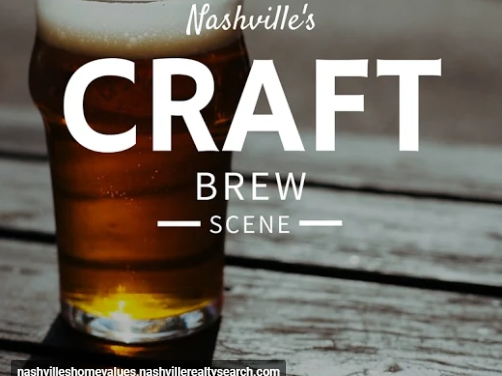 Nashville Craft Brew Scene Nashville isn't known for just country music and hot chicken. Craft beer is a thing here too. Recently, there has been a huge growth in population. As more breweries open and the laws relax, the craft beer trend will grow too. Here are a few breweries that have set the standards.

Tennessee Brew Works — This brewery fostered one of the greenest brewing processes in the region. ‘Headliners' include Southern Wit, Extra Easy, Cutaway IPA, Basil Ryeman and Country Roots. Check out their taproom for live music, great food and pint or samplers of brews.

Yazoo Brewing Company — In 2009, Yazoo managed to brew Tennessee's first ever legal high-gravity ale, Yazoo Sue. They are located in The Gulch and brew the Gerst beer, a brand that was once a Nashville legend before Prohibition. Yazoo can be found in most of Tennessee, Mississippi and northern Alabama.

The Black Abbey Brewing Company — The Black Abbey uses 600 years of brewing traditions that started with styles that Martin Luther may have enjoyed. They are open to the public Wednesday, Friday and Saturday and host guests in the Fellowship Hall, a place to gather and enjoy brew at farm house tables.

Fat Bottom Brewery — Located in East Nashville, this brew house offers classics including Ida, Knock Out, Black Betty and Ruby with each label featuring a pin-up babe. Visit their taproom and enjoy the outdoor beer garden and bar area overlooking the brewery itself. They also offer food pairings with each brew.